Bordered by the Chicago River on the west, Lake Michigan on the east, and Diversey Parkway on the south, Lincoln park is one of Chicago’s signature neighborhoods. When Chicago was incorporated in 1837, North avenue was the border of the city. The area to the north, originally called Lake Park (later renamed to honor Abraham Lincoln after his assassination), was incorporated into Lake View Township. In 1889, Chicago annexed the township.
When German immigrants moved to the meadows north of North Avenue in the 19th Century and began farming root vegetables, the area was nicknamed "The Cabbage Patch”; a name which stuck until the early 1900s until it was referred to as “North Town” in the 1940s. The name “Old Town '' was used by residents who wanted to call attention to and restore buildings that had become dilapidated.
Although home today to young, educated, and skilled professionals, Lincoln Park and Old Town have blue collar roots. German farmers originally settled the land and later Polish, Czechoslovakian, Hungarian, and Romanian immigrants added their own contributions to the neighborhood's diverse cultural history. Between the 1950’s and the 1970’s, Puerto Rican immigrants moved into the area and began to fight for civil rights for members of the Latino community.

Oddly enough, this neightborhood’s namesake park began life as a cemetery. Today, this luscious, 7 mile oasis of green is the city’s largest municipal park and serves the community with recreational facilities that include baseball/softball fields, basketball courts, beach volleyball courts, cricket pitches, football/soccer fields, a golf course, lacrosse fields, rugby pitches, tennis courts, volleyball courts, field houses, a target archery field, a skate park, and a driving range. Of course, having Lake Michigan as a border means the park also features several harbors with boating facilities as well as public beaches for swimming.
Lincoln Park boasts more than just a park. The Lincoln Park Zoo, established in 1868 and the fourth oldest zoo in America, is free to all and has a collection of over 1100 animals. Budding botanists can enjoy the Lincoln Park Conservatory and the Alfred Caldwell Lily Pool.
Culture vultures can get their fill at the Peggy Notebaert History Museum (part of the Chicago Academy of Sciences) whose exhibits today include displays about the ecological history of the Illinois region, a live butterfly house, and a green home demonstration. The Chicago History Museum, which houses the city’s most important historical artifacts, is full of treasures waiting to be discovered.
Lincoln Park is home to so many restaurants and bars - including Chicago’s only three Michelin starred restaurant: Alinea, that any attempt to recommend a representative sample would be either an embarrassment of riches or an exercise in futility. To give you an idea of what is available: Galit for some of the best Middle Eastern cuisine in the city, a little Victorian atmosphere while enjoying a pint at the Armitage Alehouse. If molecular gastronomy is your thing, perhaps North Pond, in the middle of Lincoln Park, is worth a visit. Kibbitznest Books, Brews & Blarney is an experience in itself. Of course, there’s always room for pizza - Pequod’s Pizzeria has you covered.
When it comes to entertainment, one is spoiled for choice. Chicago has comedy and the Blues in its veins. B.L.U.E.S. and the Kingston Mines - are two clubs that represent Chicago’s Blues scene at its best. A visit to the famous Second City comedy club (where many celebrities such as Dan Akroyd, Tina Fey, John Candy, and Mike Meyers got their start) is always a treat.

Lincoln Park boasts a highly educated population with 84% possessing a bachelor’s degree or higher. This is not surprising as Lincoln Park is the home of Depaul University - one of the best universities in America dedicated to service and learning and home to 14000 undergraduates. They describe their Lincoln Park Campus the best: “DePaul’s Lincoln Park campus is just north of downtown Chicago and feels like a traditional university campus—quad and all. Lincoln Park is home to a sprawling lakefront park and some of the best restaurants in the nation. The neighborhood is a live music hub, with jazz clubs and leading rock venues. You’ll also find some of the best local bookstores, boutiques and grub. Frankly, just about anything you want is right around the corner.” This is a perfect description. DePaul University purchased several streets from the city to unify their campus - it really is a traditional university campus in the heart of the city.
K-12 education is provided through Chicago Public Schools. Most noteworthy is Lincoln Park High School which was founded in 1900 and serves 2100 students with a first class International Baccalaureate education. Nationally, Lincoln Park High School is ranked as the 90th best high school in the country by U.S. News & World Report.
Additionally, two zoned elementary schools (grades K-8), Abraham Lincoln Elementary School and Louisa May Alcott School are found in the neighborhood. LaSalle Language Academy, Oscar Mayer Elementary School and the Newberry Math and Science Academy, all magnet schools, serve the neighborhood.
The Archdiocese of Chicago operates the Saint Clement School, a K-8 school, in the Lincoln Park area. Saint James Lutheran School, a K-8 school, is located at 2101 N. Fremont St. Francis W. Parker School is also in the area.
Also noteworthy is the Latin School of Chicago which is one of the best private schools in the nation (67 out of 2560 according to US News and World Report).

Prices in Lincoln Park can range from $150,000 for a studio apartment to $7 million for a six bedroom mansion. With prices constantly changing, it is best to call an SGR agent for pricing guidance. 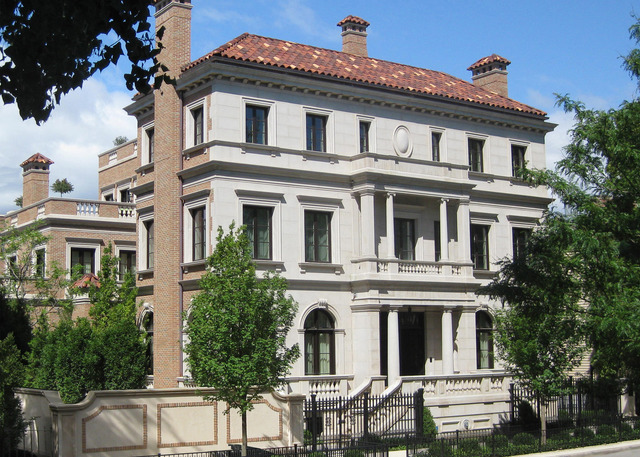 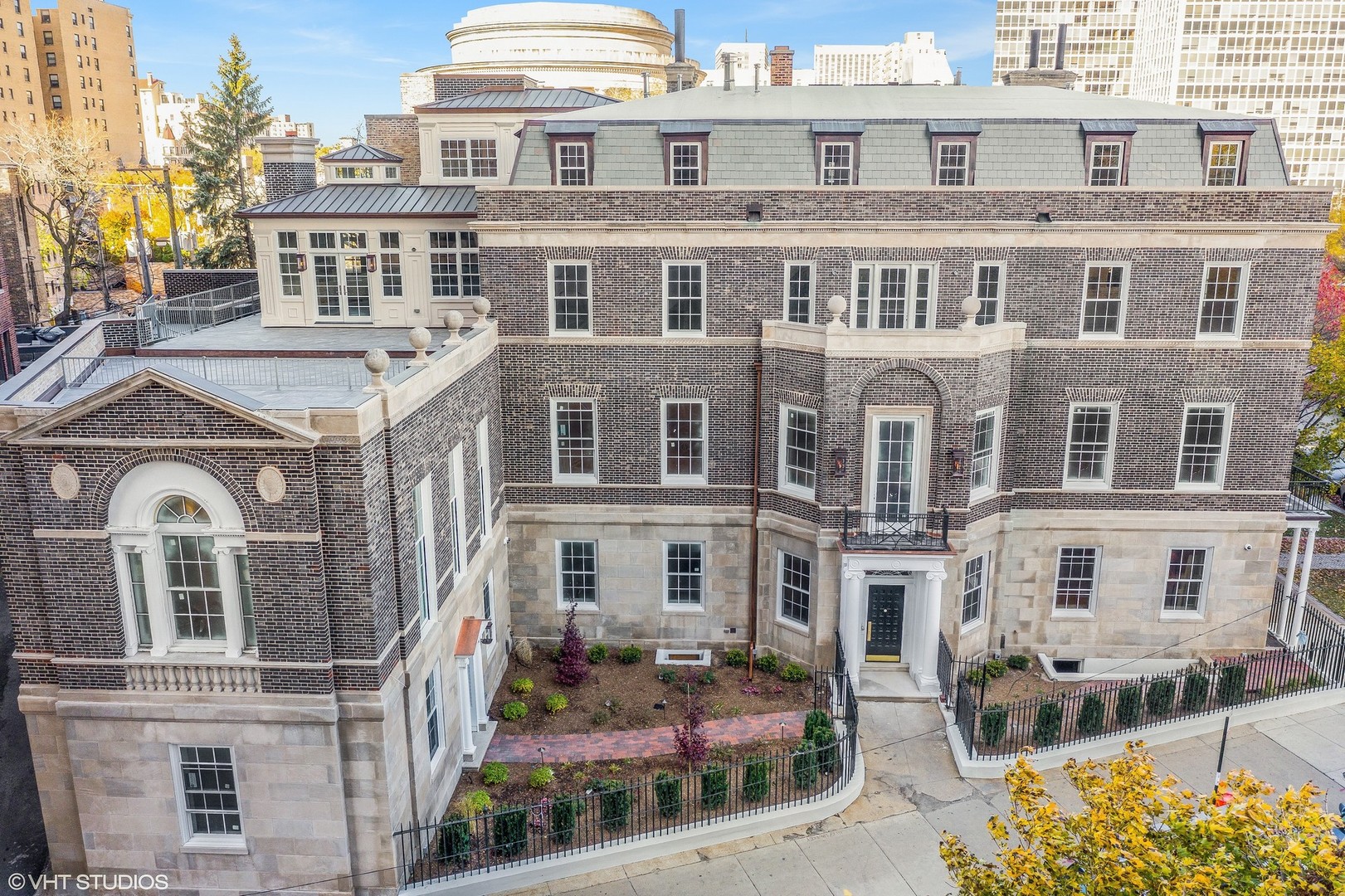 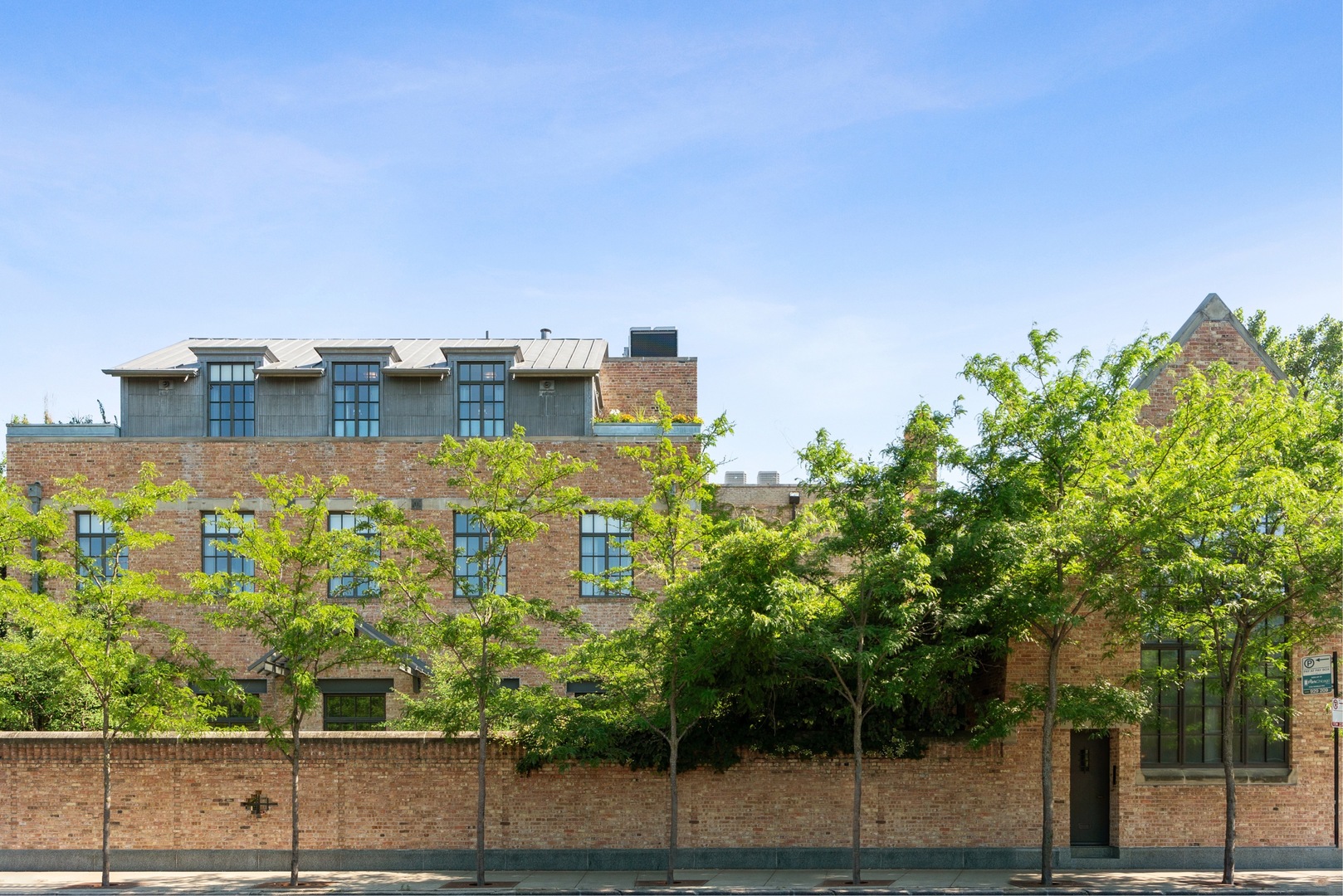 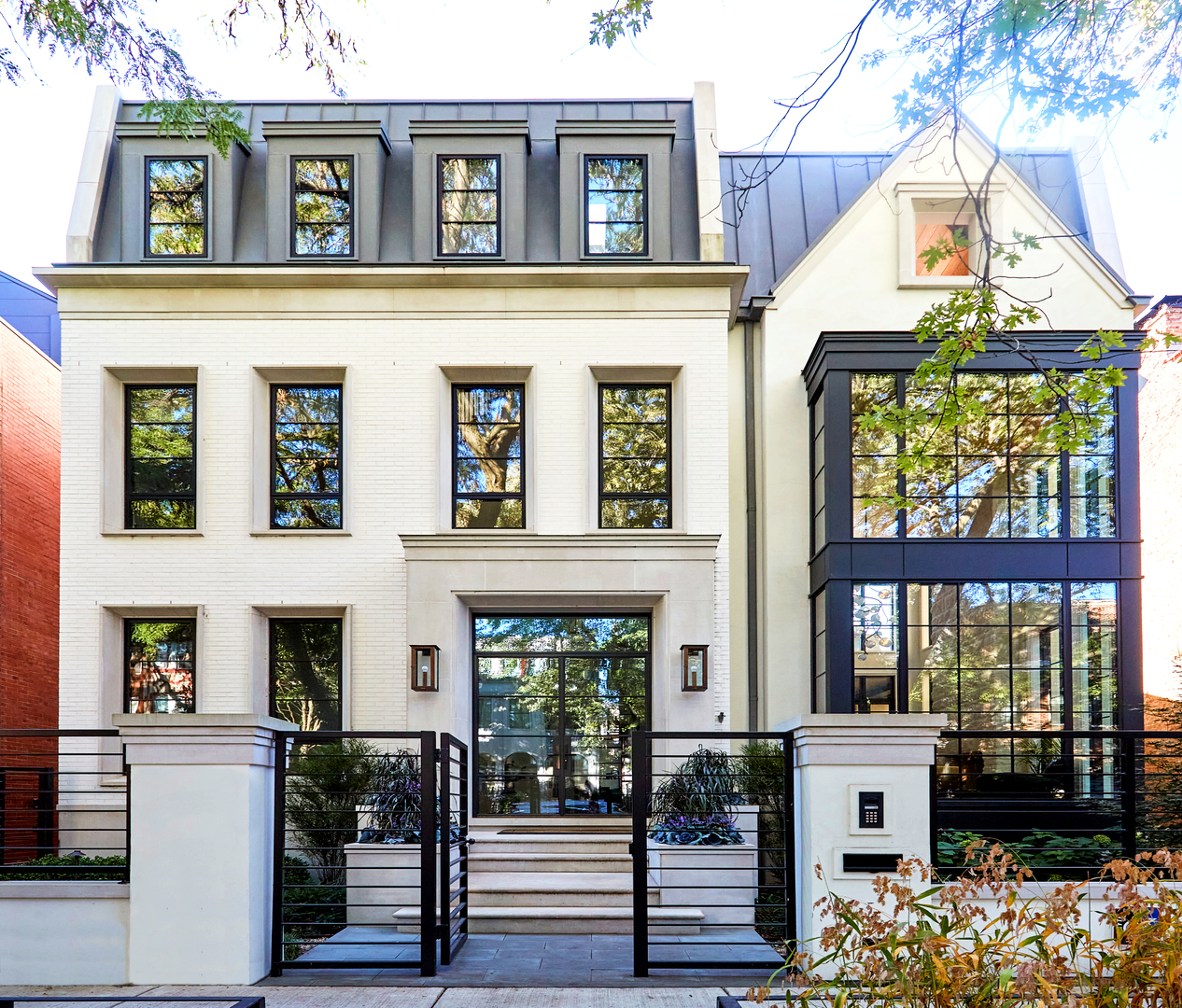 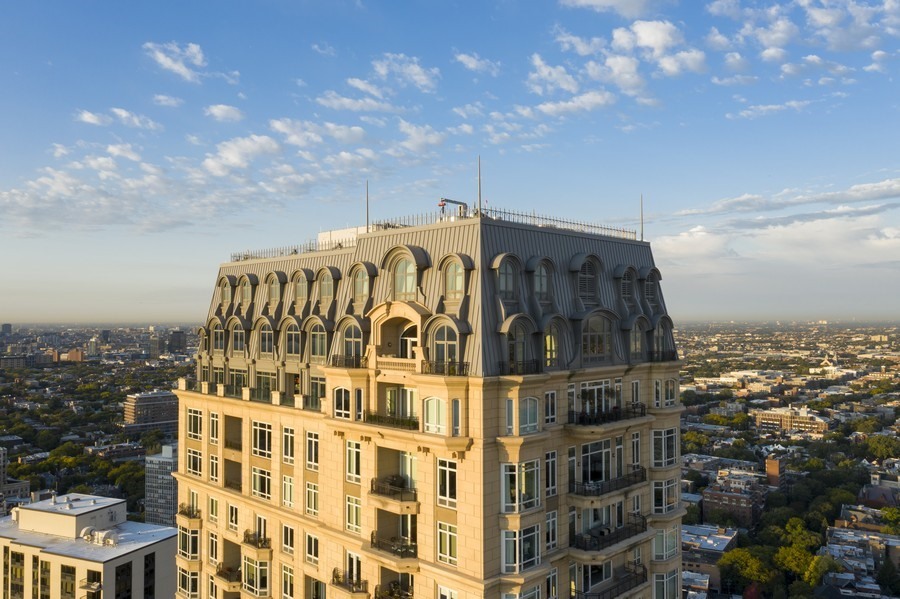 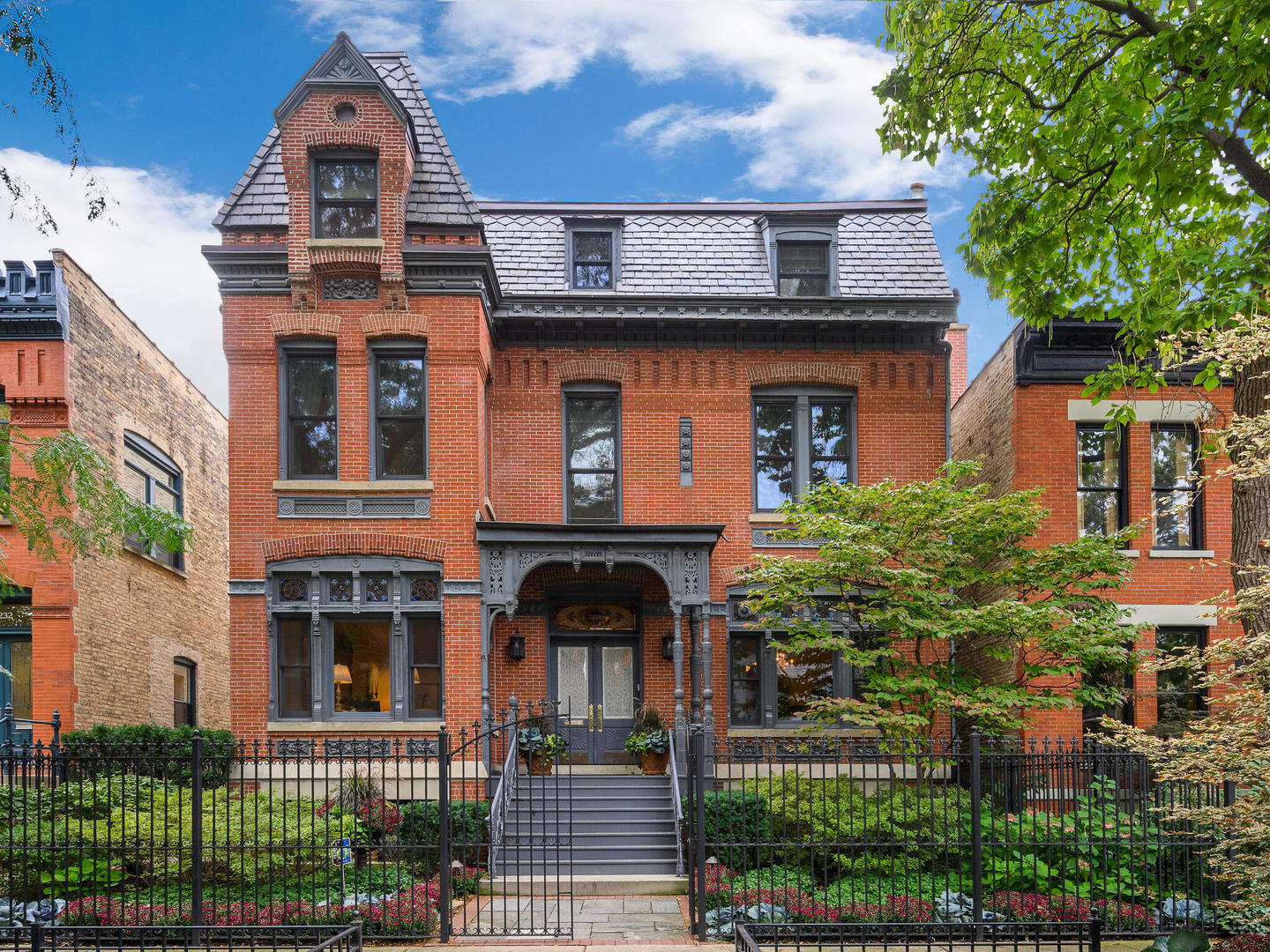